Anatomy of a ‘Doctor Who’ Fan

I can’t remember a time I didn’t enjoy “Doctor Who.” In 2005, when the series rebooted with Christopher Eccleston as the ninth doctor, I fell in love. Everywhere I travel I seem to find fellow Who-vians. No matter where I am, I’ve found a common ground. It’s like diplomacy, but via the Doctor. Over the years I’ve gotten very good at spotting fellow fans. As such, I’ll help you do the same.

These are the easiest to spot, assuming you’re a fanatic yourself. These are the folks that make custom cosplay costumes for conventions or just for everyday life.

If I saw this float at a parade near me, I’d follow these guys to the nearest pub and share a toast with them. I suspect I’d end up the subject of several hilarious pics, but I’m pretty sure it would be worth it. Cybermen, TARDIS and Dalek, oh my! But they’re no match for the fourth Doctor, who’s casually waving from the bottom right corner, obviously unconcerned about the inevitable battle ahead. 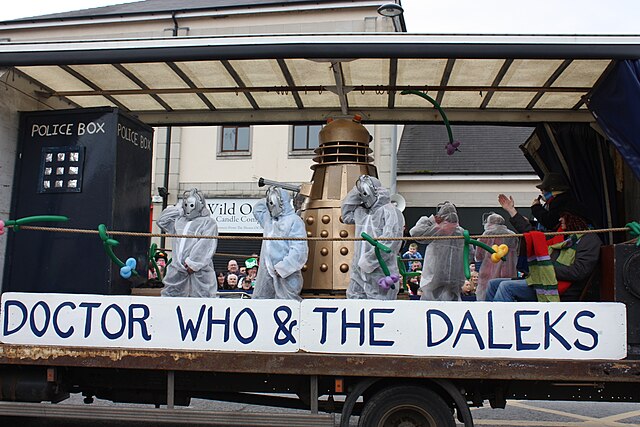 They’ll be the ones with clothing and accessories that make references deep into the canon. Look for long duster coats, like those sported by Eccleston and David Tennant (see Dalek cosplay photo above).

Or, this bloke with the bowtie, tweed jacket and cowboy hat. Sure, maybe he’s a rancher applying for a business loan, but we all know that “cowboy hats are cool.” Which, incidentally would be my opening line to test the waters. He’s actually just paying homage to Matt Smith’s fashionable 11th Doctor.

These are the fans that know the lore and canon and are daring you to find their very subtle but frequent references to all things “Who.” These are the sneaky folks who will have “Vote Saxon” stickers, Adipose Industries tees, or sporting the rather Celtic-looking High Council of the Time Lords logo. 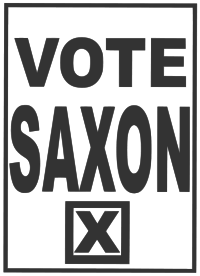 The New or Exuberant Fan

Lastly, there are the fans who will display common “Doctor Who” themes without bleeding into cosplay, at least in everyday life. Look for telltale indicators like:

Well, fellow “Who” fans, I hope that on your next adventure through time and space you’re able to find a kindred spirit to help fight the Daleks, save the universe or just enjoy seeing dinosaurs on a spaceship. Until next time, Geronimo!

Thanks for your personal marvelous posting! I seriously enjoyed reading it, you’re a great author.I will always bookmark your blog and may come back down the road. I want to encourage you to definitely continue your great posts, have a nice afternoon!