The Portal Gun from Portal IRL! 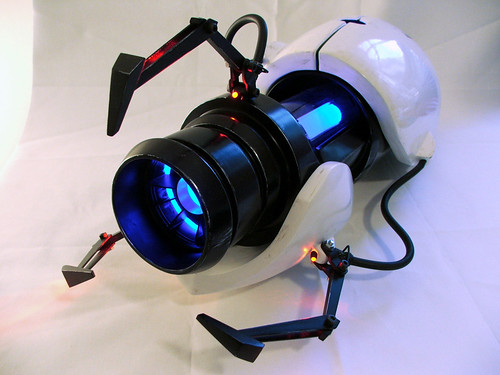 The portal gun from portal

In a return to our occasional series ‘Stuff Built By People With Way to Much Time on Their Hands‘, i give you the Portal Gun from the Valve’s brilliant game, Portal!

Emily, the recipient of the gun explains, “My boyfriend made this ASHPD for me for my upcoming Aperture Science Test Subject costume. It lights up both blue and orange along the tube and in the barrel, and the prongs light up red as long as the gun is on.”

Her boyfriend goes on to say “I tried to get the weathering as accurate to the gun in-game as possible. The idea here is that this gun has gone through Aperture labs several times by various test subjects, and probably has some mileage on it.”