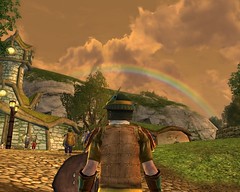 To save some bandwidth, i’ve loaded a bunch more LotRO screenshots up to flickr rather than use all the space on the geektown servers, (added a flickr feed to the sidebar too).

I’ve also set up a lotro flickr group, so if there are any more of you lotro players out there that would like to upload their screenshots, you can join me here!

You can see all my lotro screenshots here.